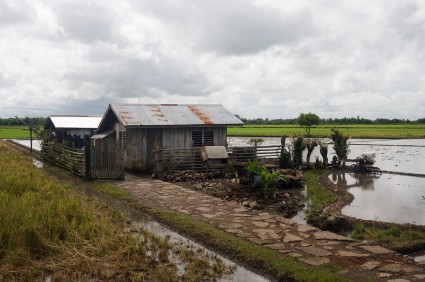 Josefina is one of Zamboanga del Sur’s smallest municipalities; in fact, it is classified as a 6th class municipality. As of the 2000 census, Josefina only has about 1,773 households, with a total population of about 8,758. It is located on the top-rightmost corner of the the province. On the north, the municipality is bounded by the provincial boundary of Zamboanga del Norte, while on the south, the municipality of Tambulig can be found. The west is bounded by the municipality of Molave and the east is another provincial boundary, this time by Misamis Occidental. Geographically, it is located eight degrees, 11’60 north and 123 degrees, 31’60 east. Josefina has a total area of 9.734 hectares, divided across 14 barangays.

In the beginning, Josefina was a vast wilderness that straddled the boundaries of Zamboanga del Sur, Zamboanga del Norte, and Misamis Occidental. It was a great piece of natural wonder, with lush forests that was called home by various species of local flora and fauna. Like most every place in Zamboanga del Sur, the first people to have stepped foot on the area are the Subanens. Stumbling upon the lush area from the neighboring provinces, the Subanens saw the bounty and the potential of the place and decided to establish a settlement there. Using the system of slash and burn (kaingin), the eventually cut down and burned the forest areas that they could farm here and there. Eventually, the Christians followed and the Subanens, tired of having to be pushed further, have eventually learned to mingle with them. These Christians came sometime in 1939, and they were led by Nining Ytang, Cruz Leonardo, Vicente Villena, and Nicolas Paredes. All came from the neighboring province of Misamis Occidental. Since they came after the Subanens, the were forced to occupy second-growth forest lands.

Josefina finally got its municpality status on November 11, 1977, via Presidential Decree No. 1977, as ratified and signed by President Ferdinand Marcos.