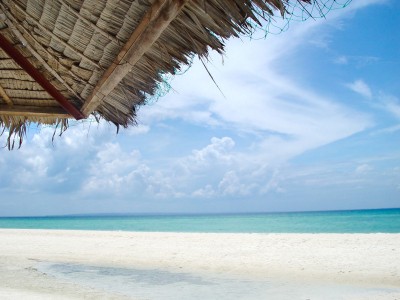 Like some of the places and cities found in the Philippines (and in Southeast Asia), Zamboanga del Sur was, for the most part, built slowly upon the foundations of various migrants and settlers; it wasn’t a settlement built by one tribe which later expanded. The name Zamboanga itself came from the Malayan word “Jambangan”, meaning a place of flowers. The very first settlers of the area which would ultimately be known as Zamboanga del Sur were known as the Subanons or Subanens, whose name literally means “river folks”. They settled on the riverbanks and almost all were farmers who practiced the “slash and burn” method of agriculture. It wasn’t long afterwards, though, that they were joined by the Muslim immigrants who came in from neighboring towns, with some coming from as far away as Malaysia. The Muslims were broken down into groups depending from where they came, and their professions were also different: the Maguindanaoans and Kalibugans were mostly farmers by trade; the Tausugs, Badjaos, and Samals were fishermen, and finally, the Maranaos were traders and artisans. A major occupation for the Muslims, however, was mat weaving, which is still very much practiced today. During the following years, more and more people from nearby provinces migrated to the area. Most came from Visayas, namely, Cebu, Negros, and Bohol. Together, these people helped form Zamboanga del Sur into the vibrant province it is known today.

On September 15, 1952, by virtue of Republic Act 711, Zamboanga province, which encompassed the entire peninsula in the southwestern Mindanao, was split into two, with Zamboanga del Sur being one of the half. Zamboanga del Sur became the 52nd province in the Philippines, originally having 11 towns which were later broken down into 42 municipalities and one city, Pagadian. Pagadian City also became Zamboanga del Sur’s capital.