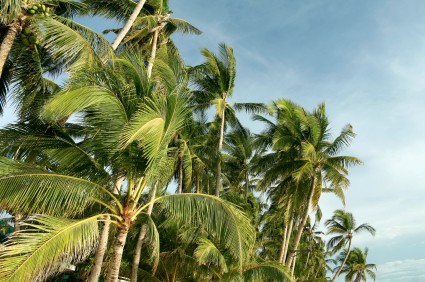 Tabina is a 5th class municipality located on the southernmost part of Zamboanga del Sur. It is about 63 kilometers away from Pagadian City, the province’s capital. Its boundaries are the municipality of Dimataling on the north, the Celebes Sea on the south, the municipality of Pitogo on the west, and another body of water, Illana Bay, on the east. Tabina can be reached via land through a provincial road passing through five municipalities so those who are thinking of going to Tabina should prepare for a long journey through rural places. The municipality has a land area of 8,690 hectares and these are distributed to the municipality’s current 15 regular and de-facto barangays. As of the 2000 census, Tabina has a total population of 21,882 people in 4,017 households.

Historically, the earliest settlers of Tabina were the Subanens who have settled in the different parts of the Zamboanga Peninsula. They are followed by the Muslims, and then the Christians. The name itself has many different origins, open to interpretation. One states that it comes from the inhabitants’ expression of “tabi-una”, a polite expression meaning “excuse me”.Â  Another points out to the inhabitants’ characteristic expression of being talkative which, in the local tongue, is being “tabi-an”. Meanwhile, the Muslim immigrants were said to be attracted by the abundance of local seashells known as “binga” in their native tongue. It also happened to be called “ubina”. The Christians who happened to pass by Tabina inquired about the name of the place and, always hearing “bina”, modified it to “Tabina” and the name has stuck ever since.

Most of Tabina is characterized as having steep mountains and undulating hills. The majority of the barangays tower to about 50 to 200 feet above sea level. There are no coastal plains or valleys in the municipality; the coasts themselves run down to shores and high cliffs.