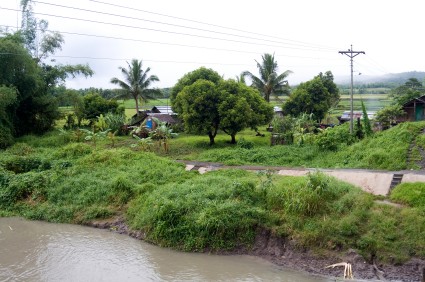 Most locals of Zamboanga del Sur (as well as the neighboring provinces) cannot help but giggle upon hearing the name Sominot. To most locals, the name just invokes something funny, like a practical name joke or some such. This is because the twang is unusual and somewhat comedic that there are actually people who think that it was just a funny nickname coined by some enterprising comedian. The fact is, however, that Sominot does exist, and it is found landlocked in the Zamboanga del Sur province.

Sominot is a 5th class municipality that is, as of the year 2000 census, home to about 14,815 people in 2,913 households. It is located some 39.57 kilometers away from the provincial capital of Pagadian City and is bounded by tributaries found in the locality; most of Sominot’s boundary lines are rivers. Due to the fact that Sominot is outside of what is called the typhoon belt in Mindanao, it is rarely hit upon by typhoons. However due to the absence of flood control drainage in the municipality, whenever heavy downpours occur, the Tukuran River that serves as a drainage creek in the central municipality usually overflows. The commercial area where the creek goes through is usually affected by flooding.

The name is of Subanen origin, specifically, So-mino-ot, with “mino” being an affix conjugating the verb “so-ot” which means “to penetrate” or “pass through”. This refers to the place’s creek which promptly vanishes through a hole and into a beautiful cavern. In time, the word evolved into its present contraction of Sominot, by virtue of the early Christian settlers in the area.

Sominot, which was carved out of the municipalities of Dumingag, Mahayag, Midsalip, Ramon Magsaysay, and Tukuran, finally got its municipallity status on March 27, 1980, by virtue of Presidential Decree No. 60. It was also renamed to Don Mariano Marcos, with the former barangay of Sominot as the seat of local government. However, a House bill passed on September 12, 1988 finally reverted the municipality back to its former name.