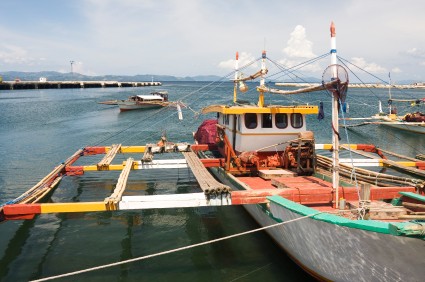 San Miguel is a 4th class municipality located in the center of the Baganian Peninsula. Although the whole area is characterized by moderately rolling hills and steep mountain terrains, the municipality itself is situated on a plateau some 210 meters above sea level. San Miguel has a population of 15,259 people in the 2000 census, although based on the economic potential of the municipality, that number may increase to the high 18,000s by 2009’s end. The municipality is subdivided into 18 barangays. There are a couple of big rivers as well as several creeks running through the municipality that serve as avenues for drainage. The more popular of these are Limonan and Dao-an Rivers.

San Miguel was originally a sitio of one of the barangays of the municipality of Dinas. Based from historical records, the original settlers in the area were the Subanens. At the second decade of the twentieth century, the Christians followed. At that time, Miguel Ocapan, one of the settlers, managed to acquire a big patch of agricultural land. He and his family became friends with the Subanens, and he was able to inculcate in them the Christian faith. Eventually, he became their leader and the town was named after him, after it has become big enough to be recognized by the municipality of Dinas.

San Miguel is located some 33 kilometers south from Pagadian City, the province’s capital. Its boundaries are the municipality of Guipos on the north, Lapuyan on the west, Dimataling on the southeast, and San Pablo on the northwest. Interestingly, unlike most of the municipalities of Zamboanga del Sur, there are no original Muslim ethnic group in San Miguel. The Muslims in the area are all new Islam converts.