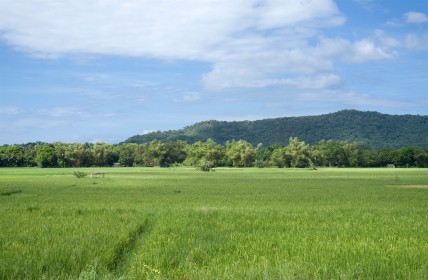 Ramon Magsaysay is a landlocked, 4th class municipality in the province of Zamboanga del Sur. It occupies a total area of about 113.70 square kilometers of land, whose population of 25,282 people (projection as of year 2005) are distributed among the 27 barangays that the municipality is currently politically subdivided into. The majority of the municipality’s land is sloping and is mostly devoted to farming, especially coconuts. Ramon Magsaysay is easily accessible via land and sea via the province’s capital, Pagadian City.

Ramon Magsaysay was originally called Liargao, long before the Spaniards came to Zamboanga del Sur. It got this name from the native Subanens, who named it “Ligaw”, which means “lost on the way”, due to the river in the area whose direction is unusual: it seems to go up the mountain instead of going down to the sea.

It wasn’t until February 13, 1957 that the President of the country that time, President Ramon Magsaysay, issued Executive Order No. 239 which created made Liargao into a municipality. There were 22 barrios that were included in its judicial borders at that time, and the first appointed municipal mayor was the Hon. Alfonso M. Donaire, Sr. He was inducted into office on April 21, 1957 by Governor Bienvenido Ebarle. That same year, the House on Congress passed Republic Act No. 2788, which changed then name of the municipality from Liargao to Ramon Magsaysay. Mayor Donaire served as the town’s Chief Executive until his retirement in May 1986.

The livelihood of the people of Ramon Magsaysay is mostly agriculture and agro-forest industrial based. Aside from the main produce which is coconuts, the province is also quite well known for the production of the sawali, more locally known as amacan. It is mostly made up of sliced bamboo, manually woven, and is used as a substitute for plywood or hardiflex boards. Sawali weaving has already become a tradition in the town since the early 50’s, and became prominent upon the issuance of SB Resolution No. 15-2004 which requires the planting on bamboos, especially in riverbanks.