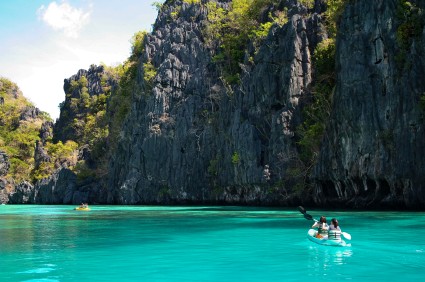 Pitogo is located on the southernmost part of Zamboanga del Sur. It is classified as a 5th class municipality, with a total population of 21,064 people distributed among 4,235 households, as of 2000. The population is composed of several ethnicities and with Cebuanos consisting 60% of the population, followed by Subanens at 25%, and finally Muslims, which make up the remaining 15%. Geographically, Pitogo lies in the Baganian Peninsula of the province. It is about 60 kilometers south of Zamboanga del Sur’s capital, Pagadian City, and it can be reached either by boat (through Pagadian City and Margosatubig) or by land through the provincial highway.

In the early days, Pitogo used to be known as Sibongan, a name that was given by the early Subanen settlers due to the native plant that also goes by the same name that flourished along the shores where the Subanens first settled. The sibongan is particularly useful as a raw material used by the Subanen natives for weaving mats. When the Visayans eventually arrived in the early 50’s, they eventually made a sitio in the area and named it Pitogo because of the abundance of the Pitogo ornamental plants in the area. When the population grew over the years and a need for the establishment of a school was realized, they erected a school and finally named the place Pitogo in honor of the early Visayan settlers who pioneered the establishment of an educational institution.

Before it became a municipality, Pitogo was under the political jurisdiction of the municipality of Dimataling. However, during the times of Martial Law in the Philippines, Dimataling was the target of hostile attacks by Muslim rebels which eventually resulted in a lot of casualties in both the civilians and establishments, just as when Pitogo was about to become a municipality. The implementation of the said law was deferred because of it. Finally, on July 16, 1978, Pitogo finally operated as a regular municipality with its first municipality officials headed by Mayor Doroteo Garban. Since then, Pitogo has been the recipient of several government infrastructure projects that have benefited the municipality a great deal.

Pitogo is mainly an agricultural town, with about 85% of its soil devoted to agriculture. Major products include coconuts and upland rice. Farming is the livelihood of almost 80% of the population. Even those residing along the coastal town supplements fishing with farming.