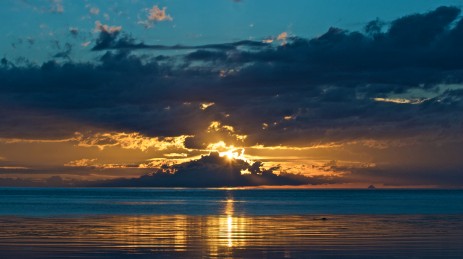 Midsalip is what can be described as an interior municipality that is located just slightly on the eastern part of Zamboanga del Sur. It is some 21.8 kilometers inland from the national highway and about 46 kilometers away from the capital of the province, Pagadian City. According to the 2000 census, Midsalip has a population of 28,909, with a household figure of 5,479. Geographically, it is located 8 degrees, 10’1″ north and 123 degrees, 16’10” east. Midsalip is classified as a 4th class municipality.

The earliest settlers of Midsalip were originally the Subanens led by Datu Lumbos Guilingan, who chose to settle at a certain barrio under Labangan. These settlers eventually settled and formed a barangay and named it “Migsalip”, after the big river which is near the settlement they erected. This river accumulates all the waters flowing from the different small rivers and creeks in the area, such as the Talipunan River, the Guma River, and the Bakahan River. The word “Migsalip” itself is a Subanen term which means “to collect” or “accumulate”.

Eventually, other settlers also came to the area, mainly the Christians and other Subanen tribes, after hearing that Migsalip was a flourishing place for livelihood. The Christians in particular found the pronunciation of “Migsalip” hard, and thus changed it to “Midsalip”, hence giving the municipality its present name.

Midsalip was finally made into a municipality on September 9, 1964, by virtue of Executive Order No. 94. This didn’t last long, however, as it as dissolved on February 26, 1966 due to a Supreme Court decision regarding the legality of the funds disbursed by the municipal treasurer. As a result, Midsalip was reverted back to barrio status. It wasn’t until May 8, 1967, when the Republic Act No. 4871 was passed when Midsalip became a regular municipality again.