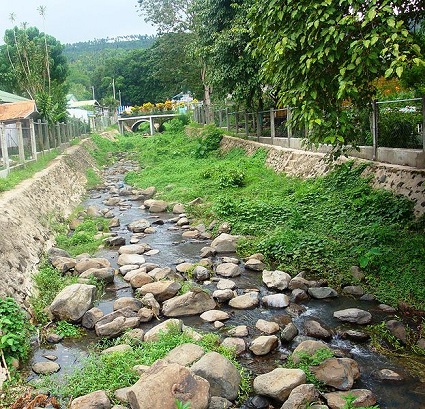 Margosatubig is one of the two oldest municipalities in Zamboanga del Sur (the other one being Pagadian City). It is classified as a 4th class municipality with a total population of 34,461 people in 6,560 households, according to the census done in 2000. In terms of population and programmes, it stands as the biggest in the second congressional district in Zamboanga del Sur. Margosatubig is situated 52 kilometers away from the Pagadian City. It is bounded by the municipality of Lapuyan on the north, the Moro Gulf overlooking the Celebes Sea on the south, the municipalities of Dimataling and San Miguel on the east, and Dumanquillas Bay on the west. The municipality has a total area of 11,169 hectares, divided among 17 barangays. Annually, it gets about P23 million in revenues. Margosatubig is a one of Zamboanga del Sur’s coastal towns.

Being one of the earliest municipalities of Zamboanga, it got its municipal districthood in 1917, with the first municipal mayor being Hon. Francisco Paragas. Even then, for the longest time, it has remained isolated from the other old municipality, Pagadian City, reachable only via sea crafts, in spite of the horse trails that criss-cross the area’s hillsides. Margosatubig’s isolation finally ended thanks to the Philippine-Australian Development Assistance Program that made possible the construction of asphalt roads that linked Margosatubig with Pagadian City and other areas that are traversible by national highway.

Margosatubig topography has three distinct areas: Plateau, found in the western section, from Barangay Bularong to Barangay Lumbog, the moderately sloping to rolling hillsides that moderately cover a great portion of the eastern sections, and the flatlands that are mostly dominant in the central and southern sections. Isolated mountains and low-lying hills complete the municipality’s geographical surface.