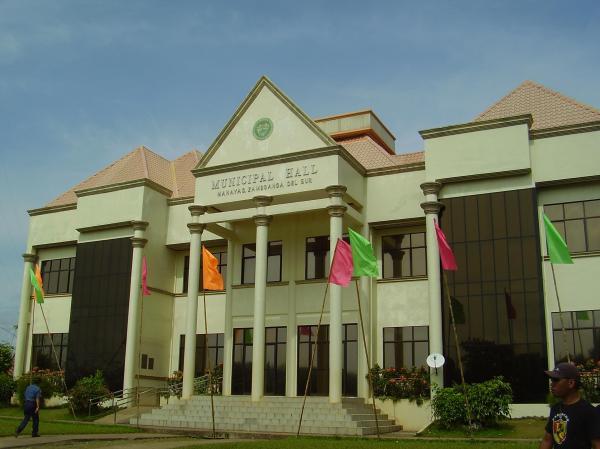 The name Mahayag comes from the Visayan word “hayag” which means “glowing” or “glare”. Essentially, the whole word means “that which glares or glows”. The place was originally a sitio of a barangay, which also happened to be called Mahayag. At that time, the place was still unfamiliar forested area, especially during the post-war era. It was under the jurisdiction of the municipality of Molave, then called Campo 7, which also became a municipality itself in 1949; by this time, barrio Mahayag became known as Barangay Lourmah. However, the early settlers of the area lobbied for the creation of another municipality as they wanted to pursue further development, which can only be achieved by having another political subdivision that is quite apart from their current municipality of Molave. The creation of another municipality would also mean an establishment of its own identity. Finally, in order to make this wish a reality, two residents, Zacarias dela Torre and Pedro Alquizar, decided to donate a portion of their respective properties, which now is the town’s present site.

On March 9, 1960, the municipality of Mahayag was officially created, as per Executive Order No. 393 by President Carlos P. Garcia. Its first appointed municipal mayor was Saturnino Mendoza.

Mahayag currently has 29 barangays under it, as well as three sitios. Education-wise, there is at least one elementary school per barangay. The municipality also has three high schools — one private and two public — with the private one being run by the Catholic church, as is mostly the case with private schools in the Philippines.

Mahayag also has several tourist destinations for those who want to see what northern Mindanao has to offer. For the most part, Mahayag is part of the Salug Valley, a place most newcomers love going to. The municipal hall is also a frequent place for people to go to, as it overlooks the whole town; it contains the park, the Women’s Center, and the municipality’s first-ever radio station. Private resorts, swimming pools, and hot springs can also be found in Mahayag, making it a good site for adventurous spirits.