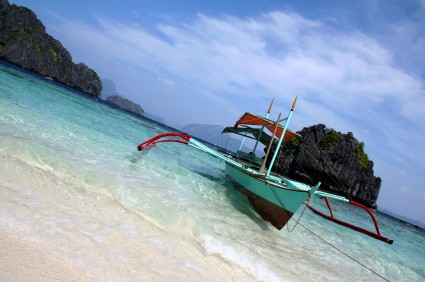 Lapuyan is a 4th class municipality in Zamboanga del Sur’s second district. It is partly a coastal town, but is still bounded by municipalities, with Lakewood on the north, Margosatubig on the south, San Miguel on the east, and Kumalarang on the west. Southwest is the Dumanquillas Bay, the municipality’s primary source of aquatic produce. It is 46 kilometers northwest of Pagadian City, the provincial capital. Lapuyan currently has 26 barangays that make up its 329 square kilometers of land; three of those barangays are urban while the rest are rural. Lapuyan itself is partially urban. As of August 1, 2007, Lapuyan has a population of 26,118.

Lapuyan was created into a municipality when Executive Order No. 273 was carried out on October 16, 1957 by then President Carlos P. Garcia. The proponent for Lapuyan’s municipalityhood were Sen. Roseller T. Lim and the Provincial Board of Zamboanga del Sur, under the leadership of Gov. Bienvenido Ebarle. The municipal government officially started on January 11, 1958, with Hon. Coco Imbing Sia as the first appointed municipal mayor. Originally, upon its creation as a municipality, Lapuyan had seven barrios, including future municipalities Kumalarang and Lakewood.

Majority of Lapuyan’s topography is flat, and they’re mostly devoted to fishponds and lowland rice. Other parts which are slightly rolling are dedicated to coconuts and other crops. Of particular note is the production of abaca, which is a main source of income in Lapuyan, particularly in Bulawan. The abaca products are distributed to the neighboring municipalities in the province, as well as exported to other provinces in Mindanao.