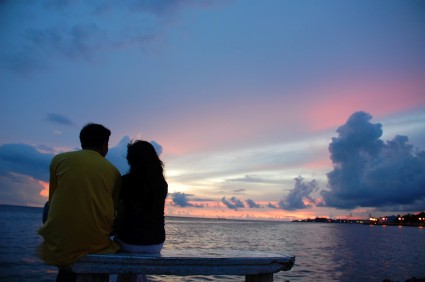 The history of Pagadian City dates back long before the time when the city was granted its municipality status in 1937, to the time when indigenous people still called the place their own, even after the Spanish came and colonized the Philippines. This history started with the Subanens, a cultural group of river people based in the southern part of the Philippines who used to roam the seas in that area in large numbers. Their name comes from the word “suba”, which means river. They lived in the riverbanks of what would eventually become Pagadian City. The Subanens were eventually joined in by the Muslims, who inhabited the coastal areas of what are now known as the districts of Muricay, Tawagan Sur, and White Beach.

During that time, the early settlers were headed by one leader, Datu Akob (Datu is a title used by the early chieftains or monarchs in pre-Hispanic Philippines, similar to Rajahs or Sultans). Datu Akob had a daughter who caught the attention of another leader, Datu Macaumbang. He eventually married Datu Akob’s daughter and, upon the former’s death, assumed leadership over the two tribes. He then established the territorial boundaries of the present city, which is the Balangasan River from the west until the Tawagan Sur River in the east.

When pirates and raiders started attacking the area, the datu started to seek help from the Philippine Constabulary and, under the leadership of one Colonel Tiburcio Ballesteros, a detachment of officers stationed themselves at Dumagoc Islands. Their arrival restored peace and order, thereby attracting an influx of settlers from as far as the regions of Visayas and Luzon, as well as the neighboring places of Mindanao. The settlement eventually became a lively town, with active trade and commerce that made it one of the main trade points in northern Mindanao.

There are many legends as to how the city got its name. One theory is that during the early times, when Christians were still ferried from the place to Dumagoc Islands, a lot of them died with malaria. They eventually named the place “Pangadyi-an”, which means, “a place to pray for”. Another version also says that it came from the Maguindanao (another province in the Philippines) term “pagad” meaning “wait” and “padian” which means “market”, as it has been a trading post and market for the Maguindanaoan Sultanate at that time.

During this time, Pagadian was still a sitio (a small enclave) of Margosatubig. When Labangan, one of the places near it, became a municipality district, Pagadian became one of its barrios or neighborhood. It stayed as such until, in 1934 during the American occupation, Governor-General Leonard Wood commissioned Teofisto Guingona, Sr., the director of the Bureau of Non-Christian tribes, to find out the possibility of transferring the seat of government from the district of Labangan to another place. With the help of Datu Macaumbang and Datu Balimbingan (who was the leader of Labangan at that time), the municipal district of Labangan was dissolved and, in its place, the municipal district of Pagadian was formed.

In 1942, Japan invaded the Philippines, and Pagadian was not spared. In 1945, the Philippine Commonwealth, with the help of the local guerillas, entered the small town and, in what is now known as the Battle of Pagadian, successfully drove out the Japanese troops.

The town finally became a city on June 6, 1952 when Congressman Roseller Lim authored the R.A. 711 which divides Zamboanga, the region where Pagadian is, into two provinces: Norte and Sur. Pagadian became the capital of Zamboanga del Sur and, on June 21, 1969, via R.A. 5478, became a chartered city. In 2004, it became the Regional Center for the Philippines’ Region IX – Zamboanga Peninsula.