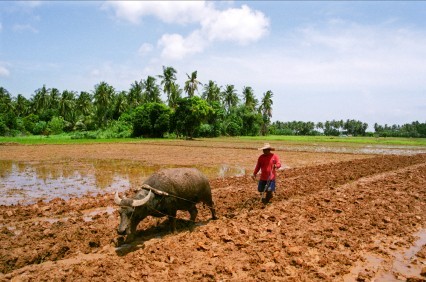 Zamboanga del Sur is a province that’s located in the Zamboanga peninsula region, northwest of the great island of Mindanao. Its capital, Pagadian City, also happens to be the regional capital. People living in Zamboanga call themselves ZamboangeÃ±os, although most of them come from different ethnicities. There is no official dialect for the province but the majority speaks Cebuano or Visayan. Chavacano though, a form of Creole Spanish spoken only in the Philippines (and is, in fact, the only Spanish-based Creole language in Asia), is immediately associated with the province and anyone who hails from Zamboanga del Sur is immediately assumed to speak or at least understand the dialect.

Here are some fast facts about Zamboanga del Sur:

2. In 2001, another change happened within Zamboanga del Sur when the third district of the province decided to split off, forming Zamboanga Sibungay.

3. Zamboanga del Sur being a coastal province in an island archipelago, it has 15 municipalities that straddle the coast. It’s capital (and only city), Pagadian, also happens to be coastal.

4. Zamboanga del Sur is also considered as one of the best sources of crustaceans in the Philippines. The crabs and lobsters it produces are always in demand in other places.

6. Like most places in the Philippines, Zamboanga del Sur has a tropical climate, with only two kinds of weather: rainy and sunny. Mean annual rainfall varies from 1,599 millimeters in the dry areas to 3,500 millimeters in the wettest portions. Temperature is mostly constant, hovering between 22 to 35 degrees Celsius.