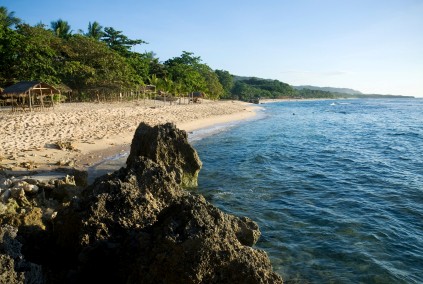 Dumalinao is classified as a 3rd class municipality of Zamboanga del Sur. Geographically, it is located 7 degrees 49′ 3″ north and 123 degrees 22′ 12″ east. As of year 2000, the population of Dumalinao is 26,030, distributed to 5,119 households. These facts are according to a census done that year. Dumalinao has a total land area of 11,748 hectares, which makes about 1.8% of the total area of Zamboanga del Sur.

The municipality of Dumalinao came into existence on June 16, 1956 when the president then, President Ramon Magsaysay, passed House Bill No. 5000, which later became Republic Act No. 1593. The person responsible for sponsoring the bill was Congressman Q. Ubay of Zamboanga del NorteÂ  since during that time, Zamboanga del Sur had no congressman; Rep. Roseller T. Lim that time had been elected to the Senate in the 1955 special election. When Dumalinao was finally a municipality, the first appointed municipal mayor was Hon. Martin D. Raluto. Hon. Guillermo Talaid served as his vice mayor. There were four councilors: Hon. Vicente T. Labrado, Hon. Severino Ramas, Hon. Fulgencio Lauglaug, and Eniiego Gemina, although the latter did not serve. Raluto held the position of municipal mayor until his death on June 11, 1969, having been reelected in the succeeding elections.

Although Dumalinao is a coastal town, agriculture is the main economic activity as well as the number one source of livelihood of the people. The municipality is one of the major rice granaries of Zamboanga del Sur. The Municipal Agricultural office records show that 5,998 hectares of Dumalinao’s land area are devoted to agricultural production. The crops planted on these lands include rice, corn, coconut, banana, and root crops. Corn, in particular, is the municipality’s main agricultural crop. An estimated 2,837 hectares of the land are utilized for corn production, with an average of 30 cavans per hectare (or 8.5 million kilos annually). On top of that, Dumalinao’s climate is very conducive to growing corn, so much so that farmers usually get to have two croppings of corn per year. An estimated value of Php 51 million comes from the annual production of corn.