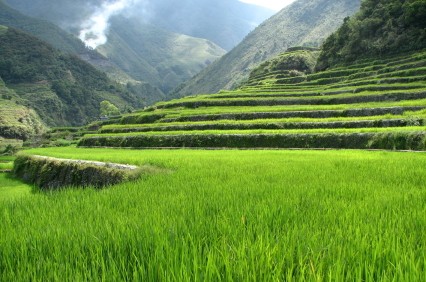 Pagadian City has a total of 13 urban barangays (or small towns) and 41 rural ones. All of them are governed by the city’s local government, whose job it is to ensure that the city runs properly in the micro scale, and in conjunction with the Philippine government in the macro level. Beginning May 14, 2007, the government structure of the first district of Zamboanga del Sur, of which Pagadian City is the capital, is as follows:

The planning arm of the city is the City Development Council and it assumes a very important role in the formulation of goals and strategies for the city’s development. It is also tasked to accelerate development of the socio-economic infrastructure of the city as well as generate local employment and city income by making sure the agricultural sector, of which Pagadian is heavily reliant on, is maximizing its production. Personnel management and auditing regulations among the different government offices are also handled by the council in order to ensure that no shady goings on are happening within the local government.

The office of the city mayor is the seat of power in the city’s local government and has the most important task of them all. It supervises and assumes control over all the programs and projects that are being implemented by the city government. It also makes sure that the services and facilities for the citizens are delivered as planned.

The office of the vice-mayor, on the other hand, has the task of presiding over the city’s Sangguniang Panlungsod, the city’s local legislative branch that passes ordinances and resolutions for the effective administration of the city. The vice-mayor is also tasked to appoint the branch’s officials and employees, except for those whose appointments are already handled by the Philippine code. In the case of the mayor being vacant or absent, the office of the vice-mayor also takes over the mayor’s responsibilities.

Any activities related to land, buildings, and structures within the city with the purpose of improving the general welfare of the citizens are handled by the local legislative branch, the Sangguniang Panlungsod. It also generates and maximizes the use of revenues and resources for development plans and programs of the city, as well as authorizes the issue of permits and licenses that are aimed to improve the city inhabitants’ general welfare.

The Social Welfare and Development Office is in charge of developing and implementing developmental plans and strategies that involve social services. It is also tasked to be in the forefront of service delivery, particularly when giving out immediate relief to those who are victims of natural or man-made disasters and calamities. In a nutshell, if it is relate to social development and welfare, the SWDO is in charge of it.

Like all the cities in the Philippines, the police force in Pagadian City is under the direct supervision of the Philippine National Police. Like every police force everywhere else, their task is to prevent and control crime within the city. The police chief is usually assigned by the PNP main office.

Other city departments that help in managing the proper functioning of the city are the Office of the Budget Officer, which is in charge of reviewing and consolidating the budget proposals of the other departments and offices; Office of the City Administrator, in charge of developing and implementing management and administration-related projects; and the Economic Enterprise Management Office, which is in charge of the collection of the market and slaughter fees and taxes within the market area and public places.